Daily writing prompt:
"Take a popular song off the Spotify, and rewrite it as a poem in your own words"
From www.journey.cloud

I chose the song "Who Says" by Selena Gomez. A little old now, but it was popular once...

They say we aren't different
they say, I should be like you,
I say; who says it's wrong with
the one I invited myself to be?
They say we aren't the same
They say we still equally good
Who says that, when I feel the difference
of how I am treated compared to you.
They say, they say, they say,
Who says they are right?
They say, I say, You say, whom say?
Who says we cannot see it in this light?
Equal, hah, I cannot see, why you chose that word,
it's not what you meant either.
Equal, we aren't equal, it's a shame that it's just
a cliché.
Can a cliché change? Or can it just die?
Can you change, and stop that kinda lie?
I'm with you, you look at me,
we are the two, that we aren't supposed to be.
kl. december 06, 2020 Inga kommentarer: 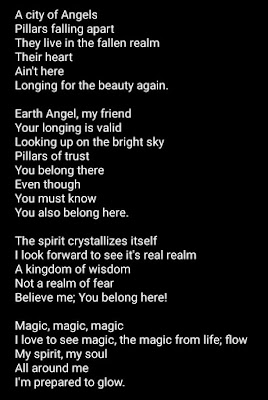 Dagens skrivutmaning: "What does self-acceptance mean to me?"
Writing prompts from www.journey.cloud

Dagens skrivutmaning: "Could I allow myself to stop and pay attention to what's here and now to stay calm?"
Writing prompt from www.journey.cloud 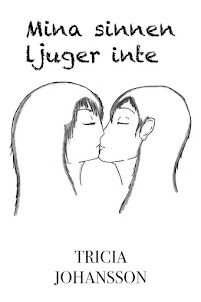 Read My Novels on Inkitt